“I am gratefully enfolded in God’s comforting grace.” 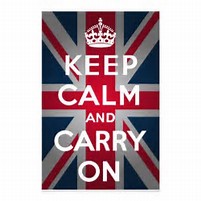 As I prepare this newsletter today, the world is saying Godspeed to Queen Elizabeth.  Many people have only known One Monarch and the loss is truly felt.  My cousin, Leslie, is quite sad and weepy over saying goodbye to her Queen.  The English people, who love the monarchy, feel this loss in their bones. Losing her, is like losing a beloved family member.

Queen Elizabeth and the Royals are a part of the English peoples’ fabric of Being.  Even my parents, who left England after World War II, never left their admiration for Lilibet and the Royal family.  They always kept up with news of the Royals, and we’d get up at 5 to watch the Queens’ Christmas message.

What will become of this institution now she has passed, we shall see, but for today, let us remember and appreciate her grace, dignity, duty and personal devotion to her country, family, and the world.  Here are a few quotes of wisdom that she gave us.

Grief is the price we pay for love.
I declare before you all that my whole life, whether it be long or short, shall be devoted to your service and the service of our great imperial family to which we all belong.
I cannot lead you into battle.
I know of no single formula for success.

Although the monarchy seems to be a relic of the past;  it also calls us to live a life based on values, calling people to come up higher and carry on.

She had a relationship with many world leaders.  Nelson Mandela was one dignitary who had a close relationship with the Queen.  So close was their relationship, they called each other by their first names.  One anecdote was when Nelson Mandla went to Buckingham, as he approached the queen, Mr. Mandela had a very wicked sense of humor. So, he walked up to the queen and when he saw her he said: ‘Elizabeth, you’ve lost weight!’ and the queen burst out laughing.

Whatever your thoughts and feelings about Queen Elizabeth, whether you believe she touched your life at all, let us take a moment and appreciate how she modeled Grace, Dignity, and Courage.  And she coined my favorite English slogan: